The 1960s brought a renewed interest in folk culture, and tableware design reflected handmade earthenware and traditional American motifs.  Johnson Brothers sought to retain its brand identity by continuing to produce patterns with narrative scenes, featuring both American and British subjects, but the introduction of “contemporary” patterns resulted in a loss of individuality for many manufacturers.  By the end of the twentieth century, most patterns could no longer be identified as “British,” and competition from less expensive wares produced in Asia spelled the end of the British potteries’ dominance in the American market. 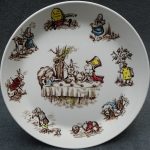 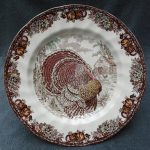 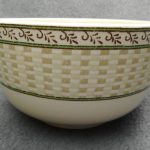 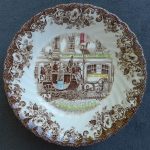 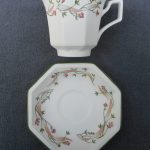 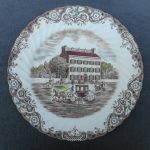 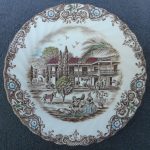 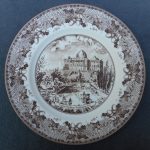 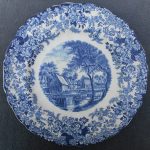 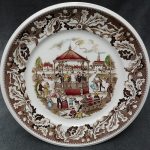 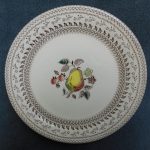 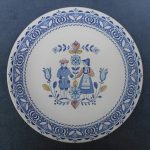 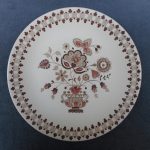 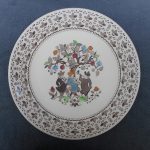 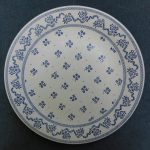 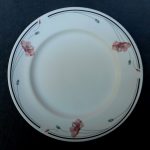 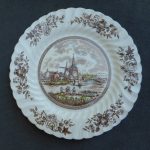