Staffordshire potteries such as Wedgwood capitalized upon the popularity of American history after the Centennial of the Revolution in 1876.  Johnson Brothers’ serial pattern Historic America, introduced in 1938-39, reinvented American history through 19th-century subjects intended to appeal to the U.S. demographics of the early 20th century.  Scenes were modeled closely after authentic engravings by publishers such as Currier and Ives, and subjects were chosen for how they reinforced Americans’ sense of national identity and pride. 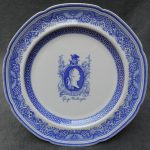 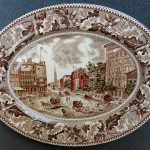 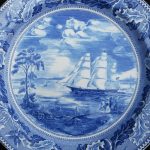 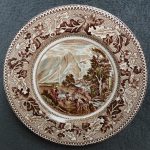 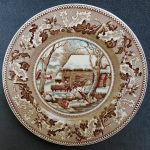 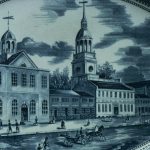 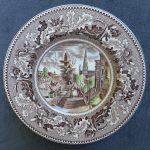 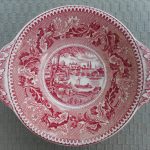 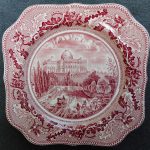 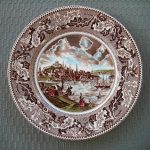 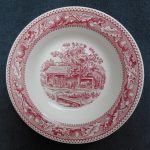 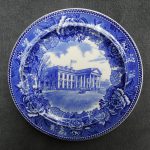